M.A. in piano and M.A. in composition at the “G.B. Martini” conservatory in Bologna. In July 2005 he was selected as a participant in the international course of the A.C.D.A – Achantes association in Paris, for the execution of his work “Sentieri interrotti” by the Arditti string quartet. He composed music for the cello class of Francesco Dillon (Prometheus quartet) at the music school of Fiesole (FI) and for the flute class of Antonio Politano at the conservatory of Lausanne (CH). He composed original music for the Musica Aperta (Milan), EXITIME (DAMS Bologna), CIMES (University of Bologna), FestivalAperto (Teatro Valli, Reggio Emilia)

He composed and directed the music for the youth orchestra of the European ARION project. For the School of the Union of Municipalities of the North Area (now “Andreoli Foundation”) he carried out the activity of director of the white voices choir, with which he was ranked first in the regional competition “A choir in each school” (May 2008) and which led the chorus to the realization of Berlioz’s “Te Deum” with the Mozart, Cherubini and Giovanile Italiana orchestras conducted by Maestro Claudio Abbado in Bologna in October 2008.

Since 2009 he has worked as a musician and composer of the music of the shows of the Teatro dei Venti in Modena (Il tempo dei migranti, 2010; Quotidiano expire, 2011; InCertiCorpi, 2014; Moby Dick 2019; Padri e Figli, 2020)). He made the soundtrack of some documentaries for the broadcast Il Cantiere broadcast on national RAI Radio3. For over 10 years he has been performing, in continuous and constant growth, an improviser on the piano collaborating in duo with the narrator Simone Maretti and, for musical education projects, with the Caotica Musique association. Recently he made, improvising live on the piano, the soundtrack of the films “The General” by Buster Keaton and “Charlot soldier” by Charlie Chaplin.

In the meantime he works as an orchestral arranger and transcriptionist of instrumental parts in the field of both modern and classical music. Of particular note are the arrangements of the cd “Cikibom”, a music program for children in cradles, published by Sinnons and promoted by the “Born for music” association (2012); the publication of the song “Terra” (Pivetti / Magnani) within the “Radici” project published by Franco Cosimo Panini;

Since 2014 he is orchestral arranger of the Pavarotti Foundation in Modena. He oversaw the arrangement and transcription of the orchestral parts of the “Luciano – Messaggero di pace” Memorial Concert, on the occasion of the anniversary of the tenor’s death, performed on 6 September 2014, of the 2015 edition of the same concert, entitled “Col sole in fronte “, where he arranged the music for the orchestra and accompanied Massimo Ranieri and Vittorio Grigolo live on the piano and the 2016 edition where he worked on the orchestral arrangements of” Fatti avanti amore “and” E da qui ” by Nek.

Since 2009 he has written annually “la Fiaba” for the ensemble music class of the music school of the Andreoli Foundation. It is a renowned project that integrates disabled children into the orchestra staff, writing ad hoc parts so that their contribution is as fundamental as it is completely merged and integrated with that of others.

For two years (2012/13; 2013/14) he held the position of piano teacher for the free courses at the Vecchi-Tonelli Conservatory of Modena and Carpi and of accompanying pianist, at the same institute, of the wind classes. In particular, he is in great demand as a teacher of keyboards, piano-jazz and improvisation on the piano, areas in which he now boasts a solid experience thanks to the versatility with which he has always known how to combine his passion for music with the concrete circumstances in which he found himself playing .

In 2018 he started the “Double Exposure” project with the saxophonist Gianni Vancini. The project traces the history of the saxophone and the repertoire in duo with piano. Thus, linked by the pianistic, classical and jazz tone, they meet and tell more than a century of music passing from Bonneau, Creston, Debussy to Woods and Piazzolla, up to the present day with original works by the artists.

Not secondary is his commitment on the liturgical music side, where for some time, as musical manager of the liturgical office of the diocese of Carpi, he accompanies the organ, composes and takes care of the arrangement of the pieces performed on the occasion of the solemnities. In particular, we remember the composition of the liturgical Glory, performed on the occasion of the celebrations for the Beatification of Odoardo Focherini, in Piazza Martiri in Carpi, on June 15th 2013 and the organization of the musical part of the solemn celebration presided over by Pope Francis, on April 2nd 2017, on a pastoral visit to Carpi.

He’s B.A. in history of Theology with a thesis on the “Christus” oratory by F. Liszt. 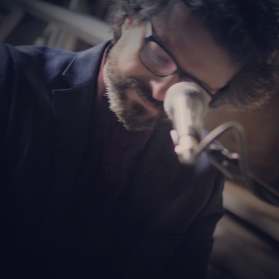 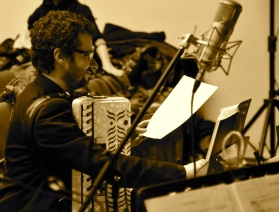 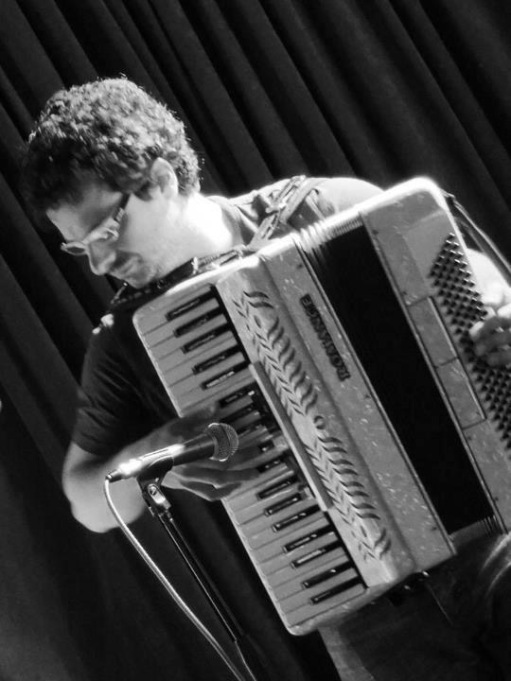 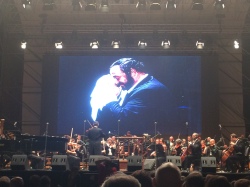 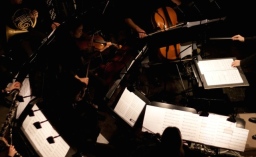 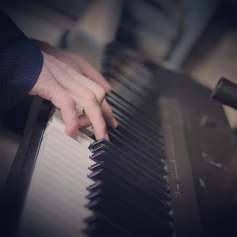 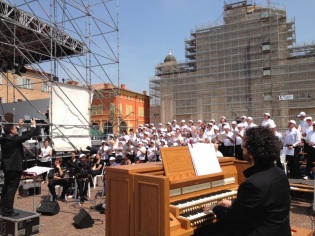 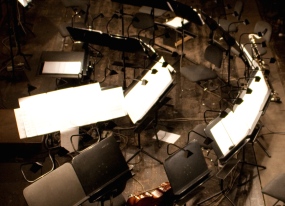